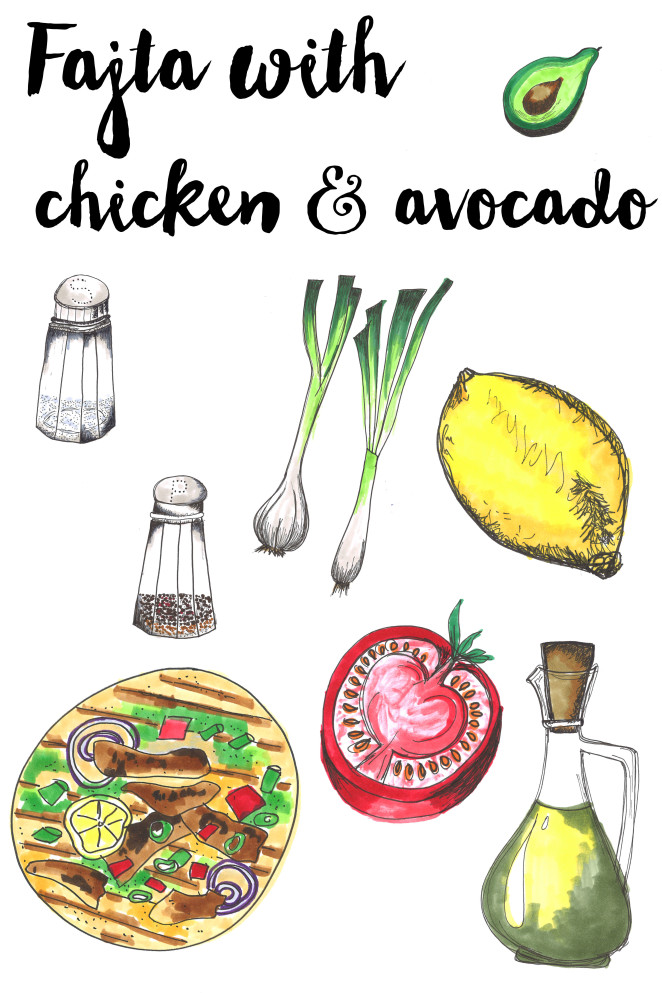 Creativity requires time and motivation, which means you need to actually set aside time for relaxation. I’ve retreated to the mountains these past few days to recharge my batteries. I have a lot of time and space to think here and let my creativity run rampant. When I’m at home, I often relax by drawing and painting. As you may have noticed, I have posted fewer food illustrations than usual recently – but this will change soon, with a new personal project I want to introduce to you today.

END_OF_DOCUMENT_TOKEN_TO_BE_REPLACED 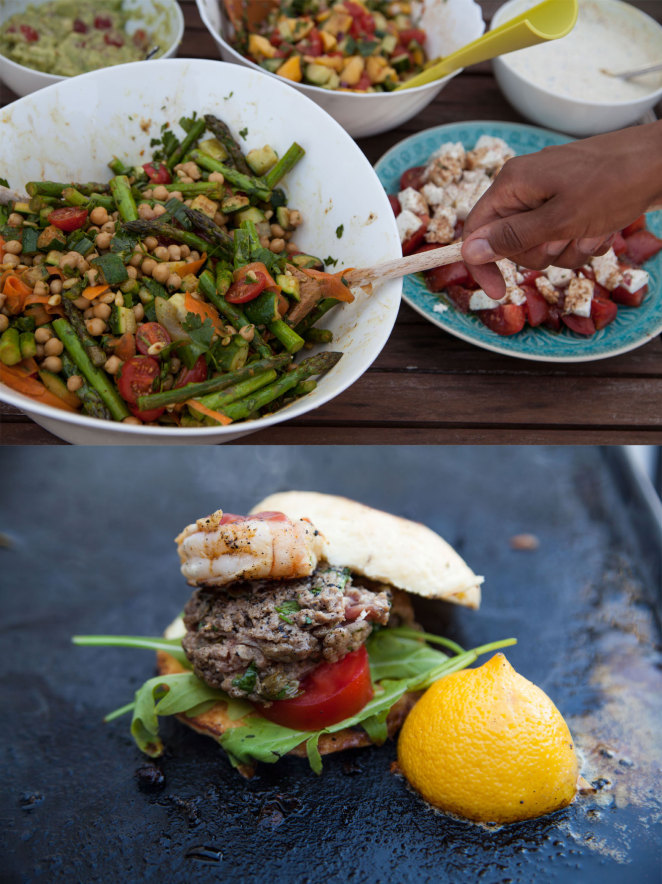 Well, barbecue season actually began a while ago, but I finally took the current heat wave as an opportunity to invite a few lovely friends over for a solid afternoon of grilling. My enthusiasm for grilling stuff stems from my time in Australia, where BBQs are properly organised and celebrated, even though during the summer months, they happen pretty much daily, or at least every weekend. That was exactly the kind of spirit I wanted to infuse last weekend’s barbecue with – featuring my new gas grill and some very motivated guests.

END_OF_DOCUMENT_TOKEN_TO_BE_REPLACED 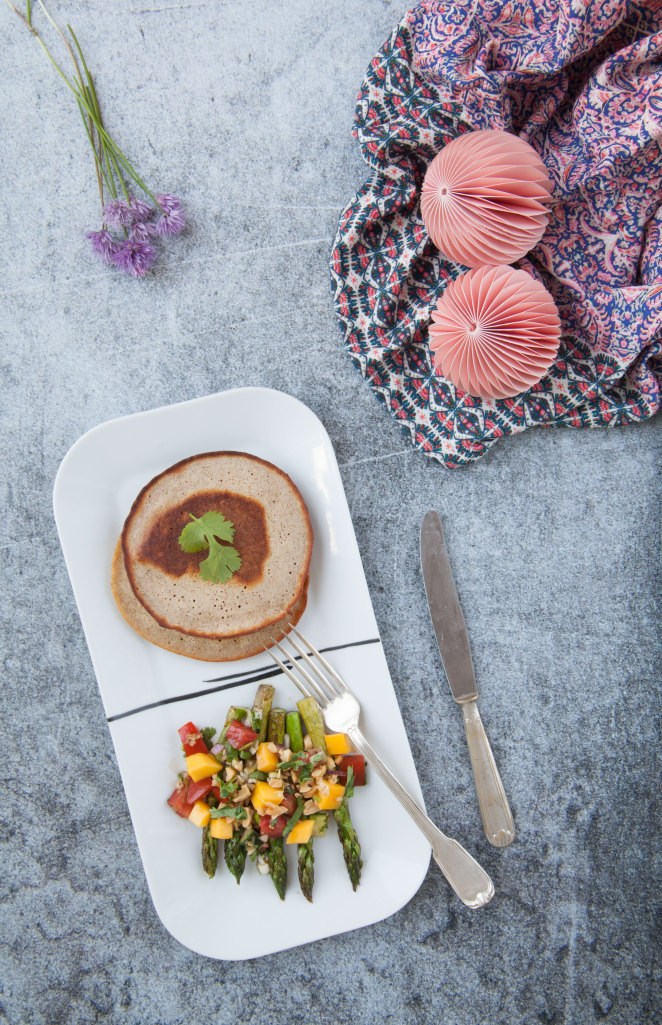 Spring means asparagus season! Asparagus farming is a complex and costly enterprise, which is why this delicate, delicious plant is also called the “royal vegetable”. The shoots are grown and harvested in fields and can be prepared in many different ways. The price of asparagus depends on quality, provenance but also on how late in the season it is. Green asparagus is thin and delicate and can be eaten unpeeled, while the white variety counts stem thickness as a quality criterion: the ideal specimen is as thick as a thumb and around 20-25cm long. Local asparagus from Marchfeld and, in west Austria, German asparagus from the Bodensee region, have been for sale for about a month now, making them a wildly popular regional highlight on every restaurant menu in the country. They’re also on my plate today.

END_OF_DOCUMENT_TOKEN_TO_BE_REPLACED 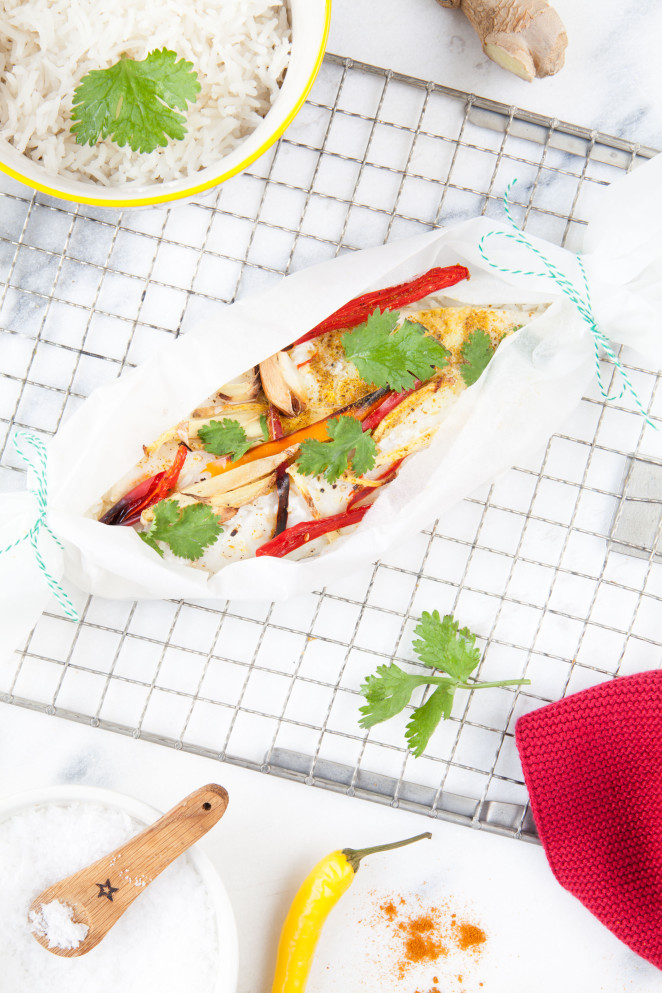 Have you ever seen the ancient film „Die Fischerin vom Bodensee“ (the fisherwoman from Bodensee)? Well, maybe it’s not exactly ancient, it was made in 1956 and is one of those folksy, sentimental Austrian movies. Admittedly, I’ve never actually watched it all the way through, but the title song Lied I’ve heard many times before. They even called me the fisherwoman from Bodensee during my internship in Copenhagen, referring to my last name and provenance (Vorarlberg). One of my work colleagues thought this was hilarious and until today hasn’t stopped calling me Fischlein (little fish). And even though I have actually caught a very big fish once, in New Zealand, and have on occasion been known to go fishing, like a fisherwoman, this doesn’t mean it has anything to do with my name. Obviously. But eating fish? Yes please and as much as possible!

END_OF_DOCUMENT_TOKEN_TO_BE_REPLACED 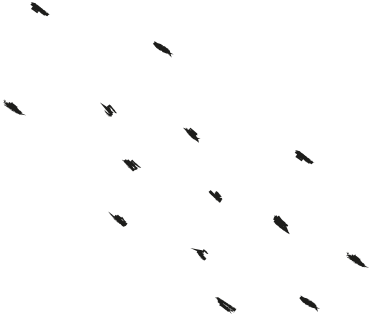 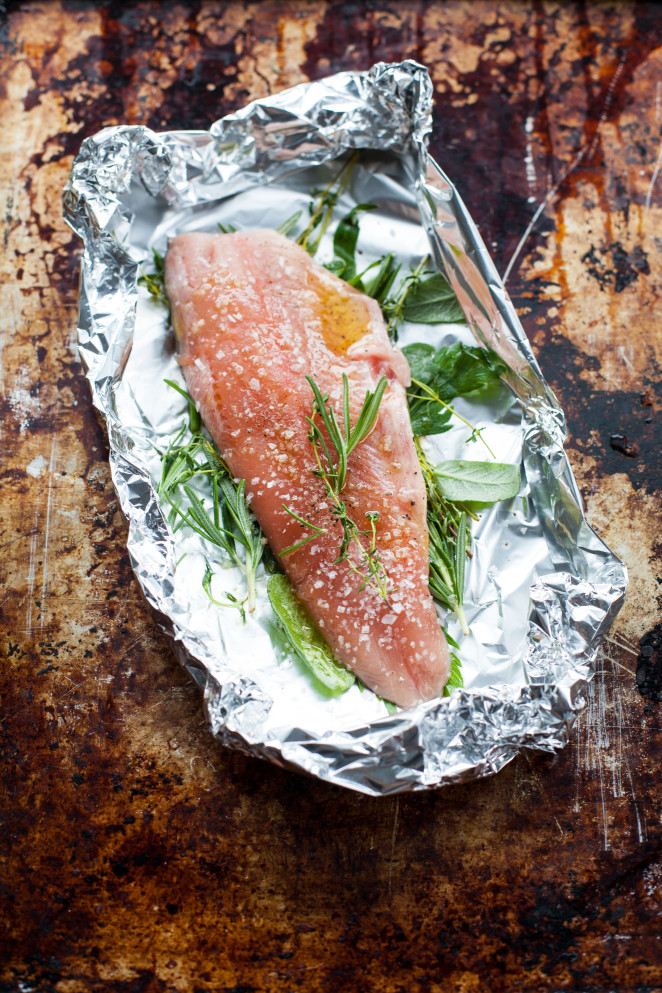 Holidays at home, 2 days of sunshine and one phone call: I was just settling in on my balcony, snuggling into a deckchair with my newly bought cookbook “Honestly Healthy: Eat with your Body in Mind, the Alkaline Way”, when I received a phone call from Feldküche’s Martin Fetz inquiring, in his charming dialect, whether I had plans for August 31st. I thought about it for a second, said no, and a moment later, I was assigned cheffing duty. But the plan wasn’t just a leasurely afternoon with a bit of cooking, but instead a huge task of preparing a meal for 50 people – a main course of fish with all the bells and whistles…

END_OF_DOCUMENT_TOKEN_TO_BE_REPLACED 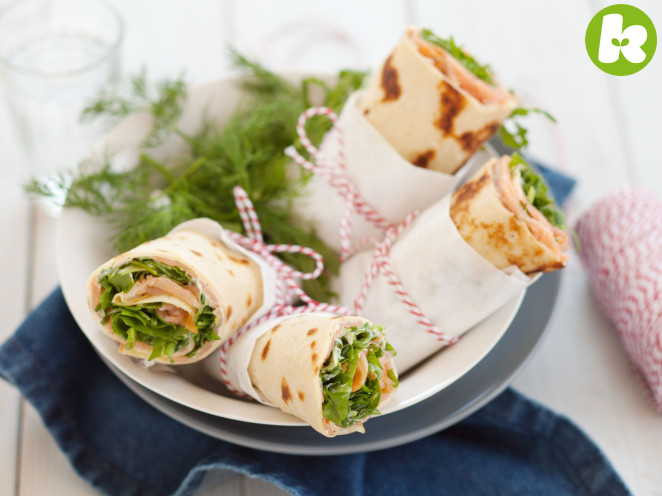 My KochAbo Cooking Session with meinWetter.tv

Verena from meinWetter.tv visited me at the KochAbo studio to look over my shoulder while I cook. Together, we made delicious crêpes with cottage cheese, salmon and rocket. You can find the video report and the KochAbo recipe here…

END_OF_DOCUMENT_TOKEN_TO_BE_REPLACED 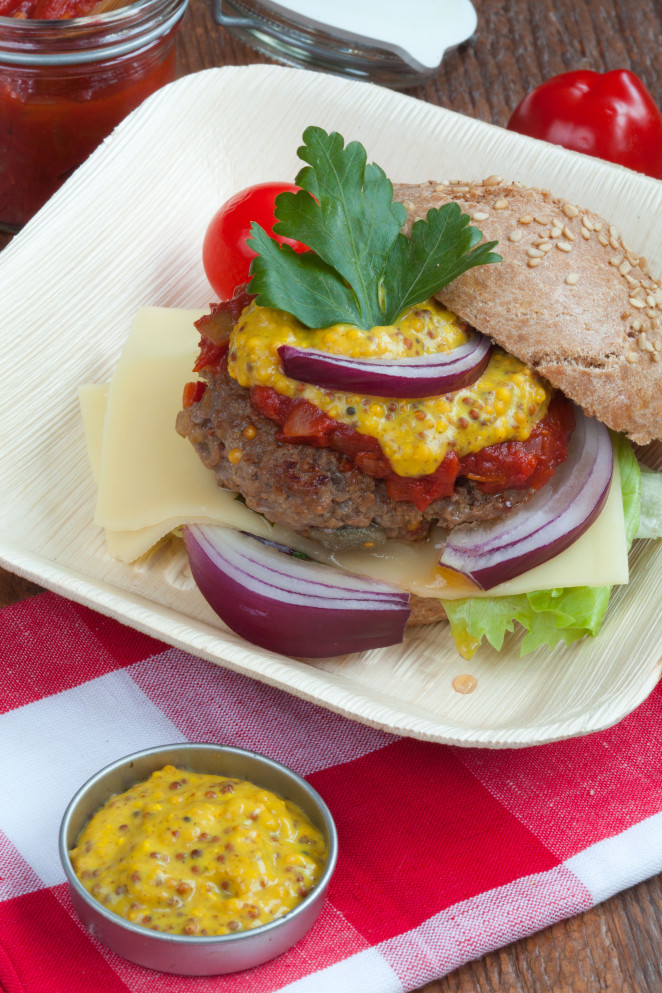 Phenomenon and phenomenal – the hamburger. A phenomenon because the hamburger – burger for short – is hugely popular everywhere. It has a singular status. Particularly the homemade variety. Not just that, but burgers simply taste phenomenal.

END_OF_DOCUMENT_TOKEN_TO_BE_REPLACED 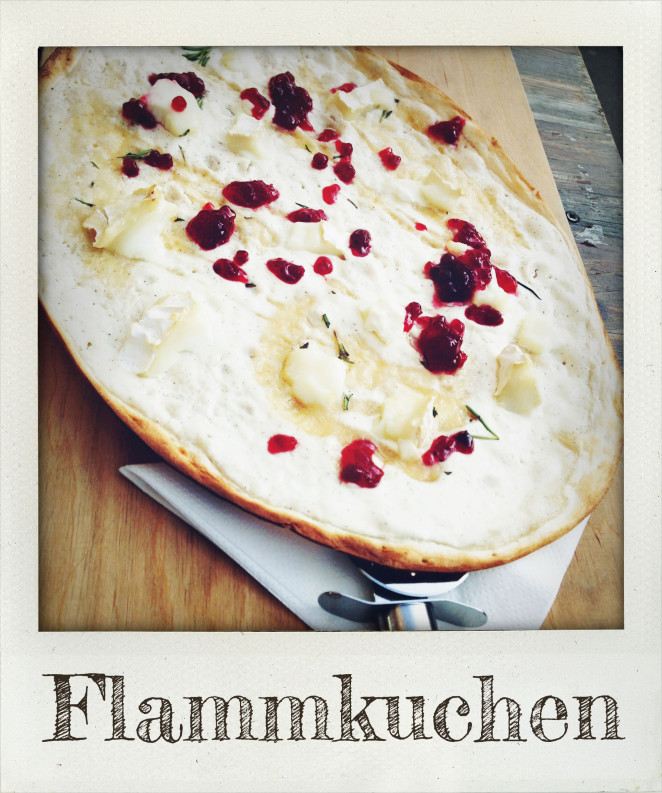 Tarte Flambée is all the rage at the moment. I see it on menus at all the hip restaurants, and it’s popping up even as far away as Holland and Denmark. But where does the name “Tarte Flambée”, “Flammkuchen” in German, originally come from? I set out to get to the bottom of this – and provide you with three yummy Tarte Flambée recipes at the same time – from sweet to savoury.

END_OF_DOCUMENT_TOKEN_TO_BE_REPLACED

Do you know Babette’s on Schleifmühlgasse in Vienna’s 4th district? If not, then it’s high time you do. It’s a store where veritable culinary treasures are sold by the lovely Nathalie, the store’s owner. She probably sells all the cookbooks that have ever let our hearts beat faster. And – you can sign up to various cookery classes as well.  I chose the seasonal fish dish cookery course, as cooking fish isn’t as common in these parts as cooking meat. I always wanted to know how to fillet and debone fish and the prospect of wowing my guests with extraordinary fish recipes on a regular basis very much appealed. So I went. You can find pictures and a few of the recipes here… <!-

END_OF_DOCUMENT_TOKEN_TO_BE_REPLACED 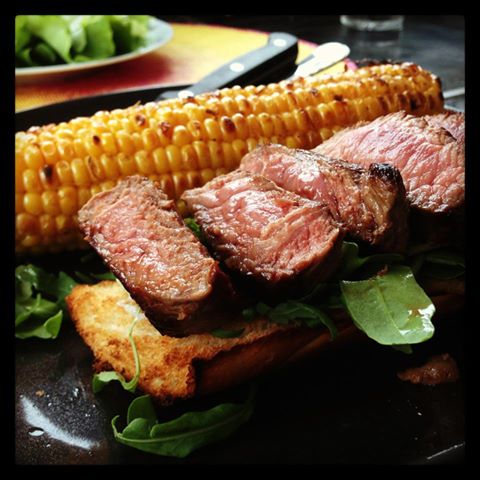 Steak Sandwich with Grilled Corn on the Cob

Juicy, tender point steak in a baguette fresh from the oven, topped with mayonnaise and rocket. Accompanied by slightly spicy, grilled corn on the cob…