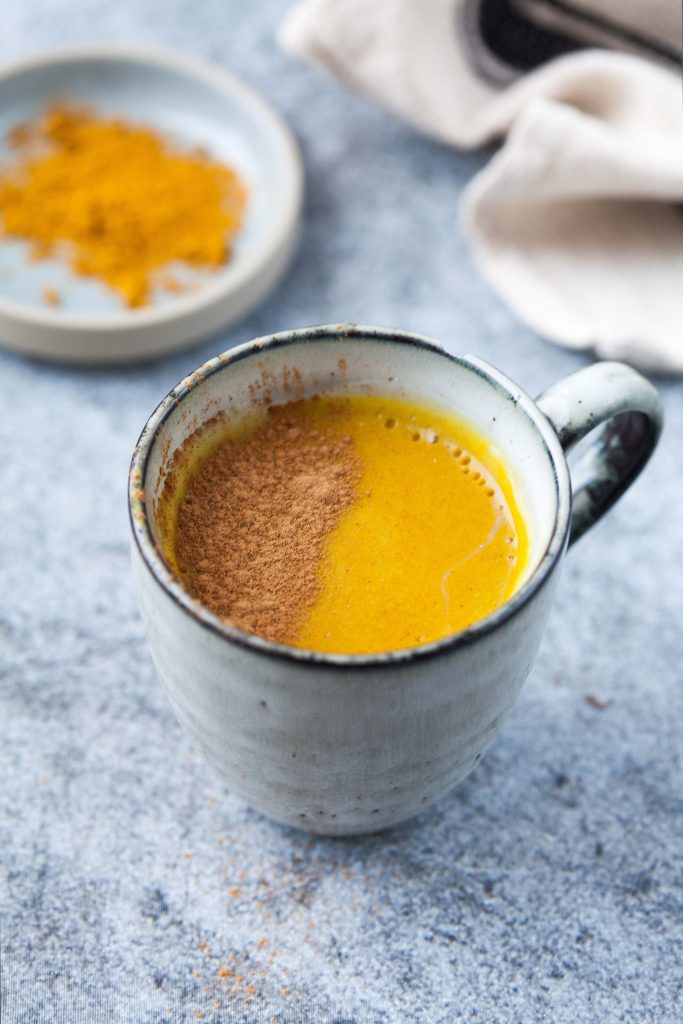 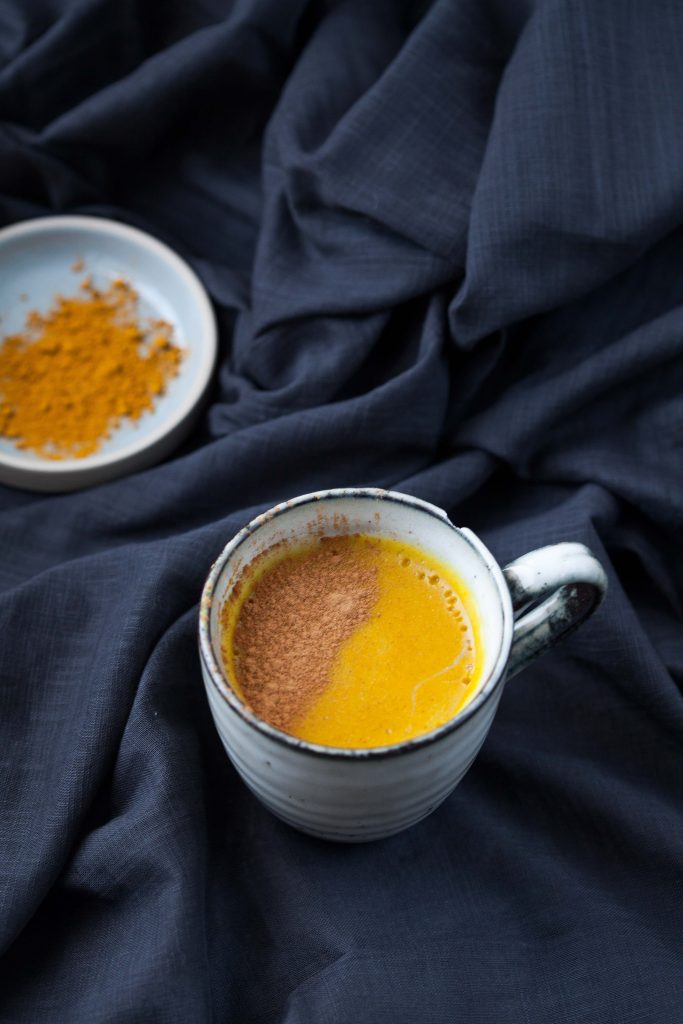 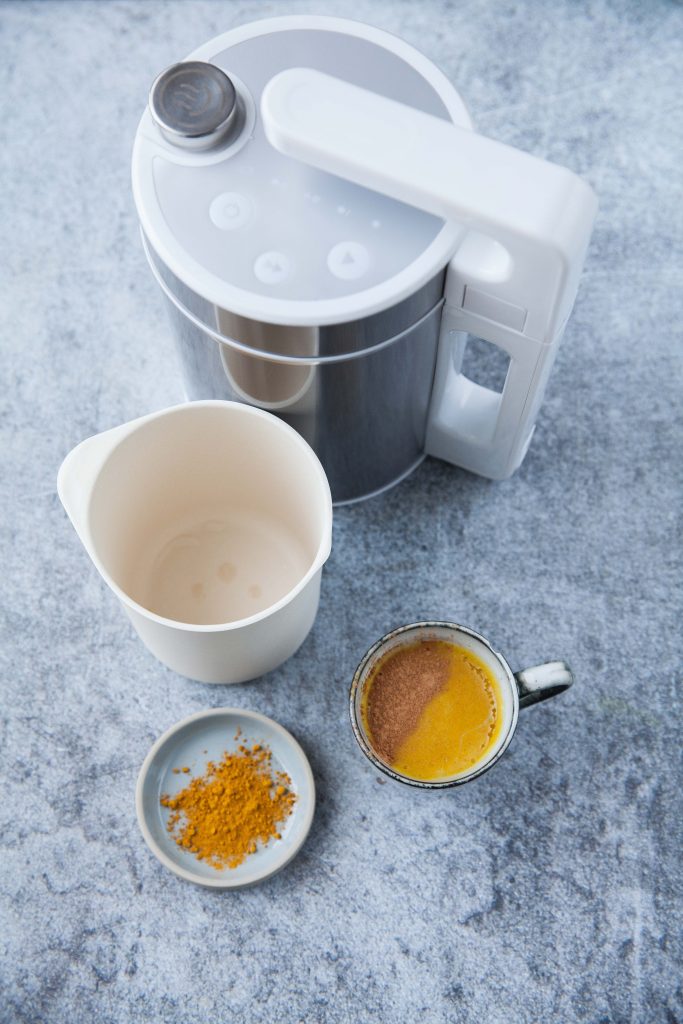 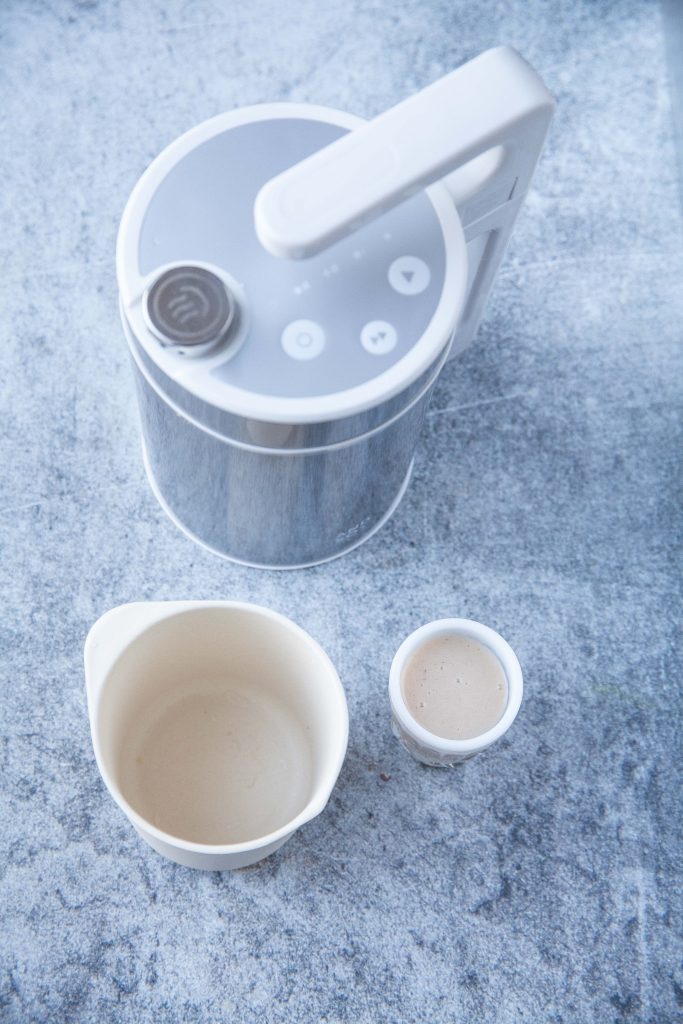 Turmeric is one powerful spice. It packs energy, taste and is healthy to boot. Used in my millet milk, it also looks amazing - this is the famous Golden Milk. Turmeric has antioxidant and anti-inflammatory properties, it supports digestion and the production of gastric juices, gives your metabolism a kick and balances your entire system.

Turmeric's anti-inflammatory components have shown to assist the recovery of arthritis of the knee and to help prevent a number of other illnesses, in particular colon cancer. Combined with millet, a grain once praised as a beauty elixir because it works wonders on skin, hair and nails, this makes a veritable power drink. If millet is not your thing, you can happily replace it with something else - almond milk, rice milk, oat milk, soy milk or even regular milk. It'll be just as healthy and equally delicious.

Turmeric Latte, Congee and AND SOY

This all has the ring of the Far East. It does because that's where it's from. Turmeric, the yellow power spice, which is considered sacred in India; congee, the legendary Asian rice soup and AND SOY, the soymilk and soup maker currently popping up in TCM kitchens the world over. The more important focus though isn't so much Asian cuisine, but rather the philosophy behind it: using superfoods - exotic as well as domestic - to make the ideal soup for a relaxed body detox with a food processor that does all the work, and quickly.

The magic machine to use is the AND SOY soymilk and soup maker. It produces plant-based milk from dry ingredients like nuts or beans in a jiffy, cold or warm. I immediately had to try this and used millet to make my beloved turmeric latte.

Make your porridge while you shower

Thanks to AND SOY, all my juices, soups and porridges are more varied, more environmentally friendly, and best of all, done much quicker. And it's not even expensive. This milk and soup maker produces any plant-based milk for a very low price - an average of 30 cents per litre. Any vegetable milk or grain paste is ideal for diverse lattes or even veggie spreads.

Porridge for breakfast is essential for me, and now a food processor cooks it while I'm in the shower. What's not to like? I put all the ingredients in the AND SOY, press start and a few minutes later, my porridge is ready.

The AND SOY really shows its versatility when it comes to soups. Just throw sundry vegetables into the mixer and, like magic, it produces the most delicious soup. No other pans necessary. If you want to make food for your baby, AND SOY is also the perfect tool for you and it will make your child's menu a lot healthier and more diverse. The AND SOY reduces stress as well: you can pre-make soups and spreads and keep them in the fridge or freezer and you can stop buying cartons of plant-based milk and instead use whatever nuts or grains you have in your pantry, from rice to quinoa to walnuts and cashews.

Fasting and Congee, the Qi soup

I also used the AND SOY for the incredibly healthy fast soup Congee. More on that next time...

Disclaimer: The product featured in this article was provided free of charge. This is a sponsored post.