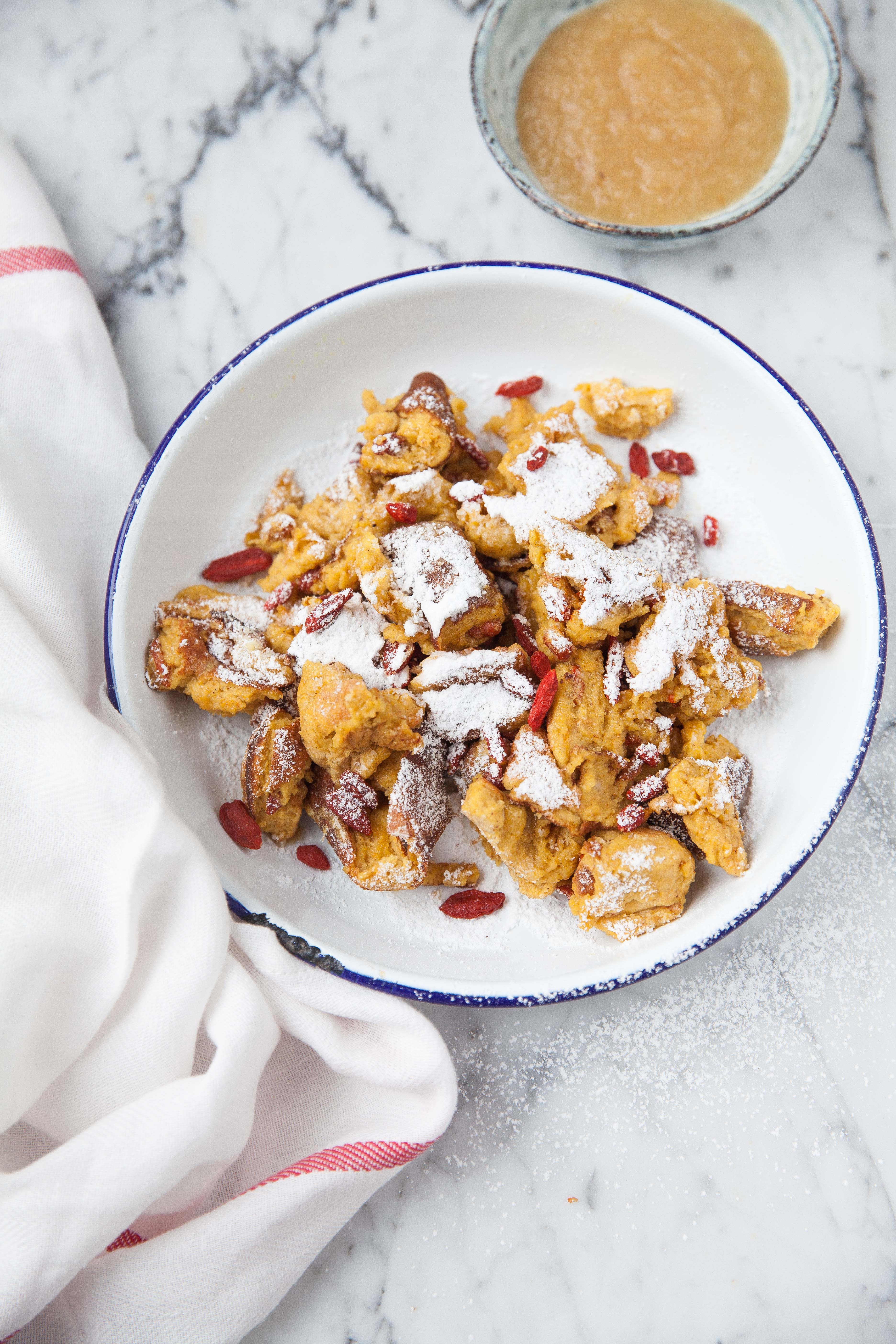 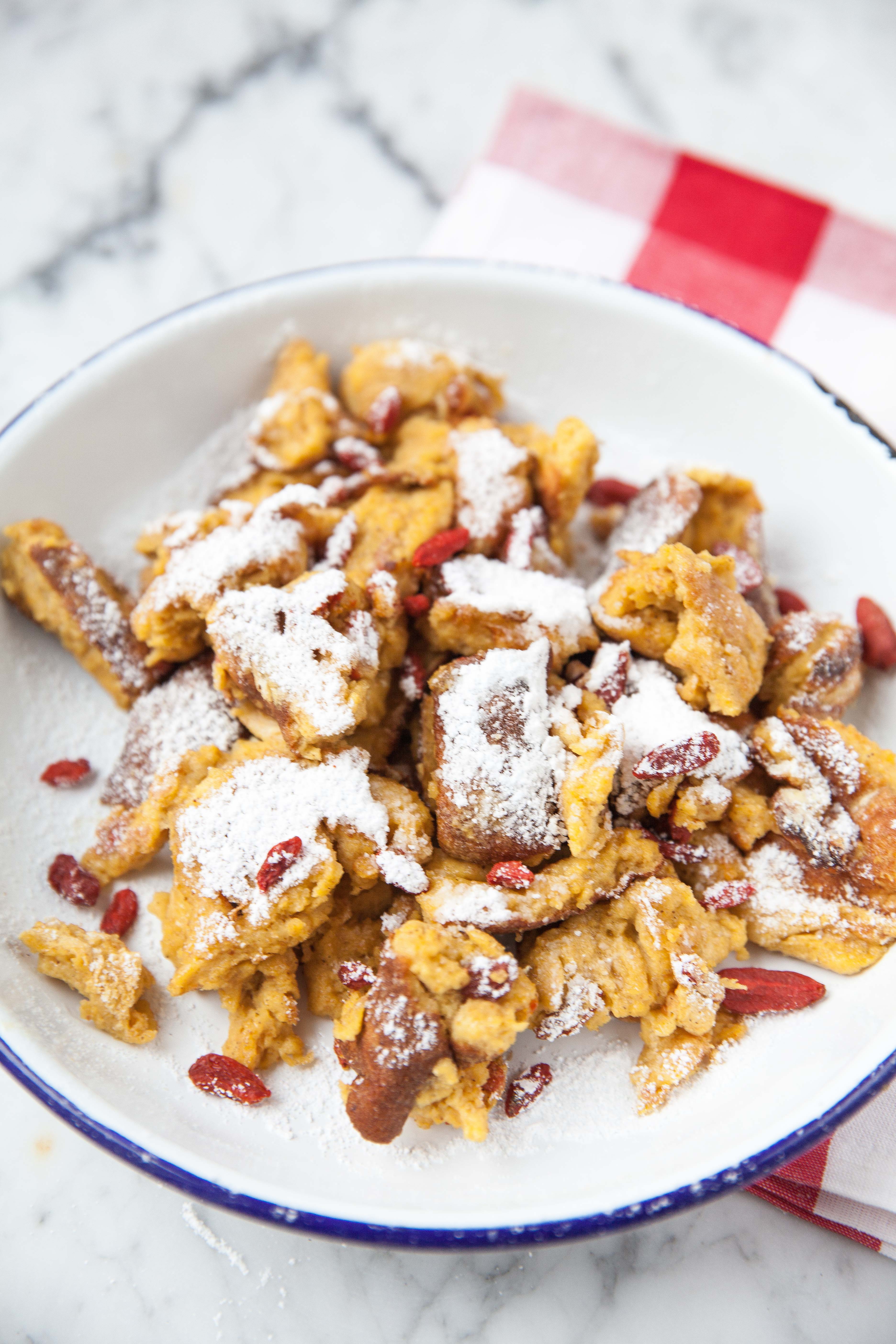 There are varying anecdotes telling the Kaiserschmarren story. One of the most popular goes like this: in 1854, the Vienna pastry chef to the royal court created a dessert to celebrate the marriage of Emperor Franz Joseph I and his fiancée, Elisabeth, also called Sisi. Sisi, known for being very figure conscious, passed on the sweet dish. But Franz Joseph, a famous sweet tooth, grabbed her plate, smiled and said: "Well then let me have this mess our Leopold cooked up today." Franz loved the dish and from here on out, it made a frequent appearance at the royal dinner table and the name Kaiserschmarren or Emperor's Mess, stuck.

Another legend tells the story of Franz Joseph loving his pancakes for dessert. If the chef decided that night's pancakes were less than perfect - too thick or breaking apart - they were served as a Kaiserschmarren - because that kind of a mess couldn't possibly be served to the Emperor.

Schmarren used to be a very low-brow staple meal eaten by farmers, as the basic ingredients - flour, milk and eggs - were always at hand in most kitchens. Manual labourers in particular appreciated the stodgy dish as it was quick to prepare and contained lots of carbs and sugar, giving them a fast energy boost.

Kaiserschmarren tastes particularly delicious when the eggs are separated during prep and the fluffed up egg whites are gently folded into the batter. This makes for an extremely airy dough, one of the schmarren's typical characteristics. You can also halve the amount of flour and add quark instead.
The schmarren is served dusted with icing sugar and a side of plum compote or apple sauce.

I have "pimped" the classic recipe a little and made it with buckwheat flour, almond milk and coconut sugar in place of regular flour, milk and refined sugar, respectively. And instead of the standard raisins (not everyone likes those), I used goji berries. Try it!